Doomocracy are from Greece and specifically from Heraklion, Crete. From their debut it’s obvious that we refer to a big talent. On March 13 2017 they released their second album via Steel Gallery Records entitled “Visions & Creatures Of Imagination” and made me feel that it can easily stand next to well known groups of the epic doom metal genre. Endless musical themes and moments make them stand out and compose this record, which is recommended from start to finish without pause. 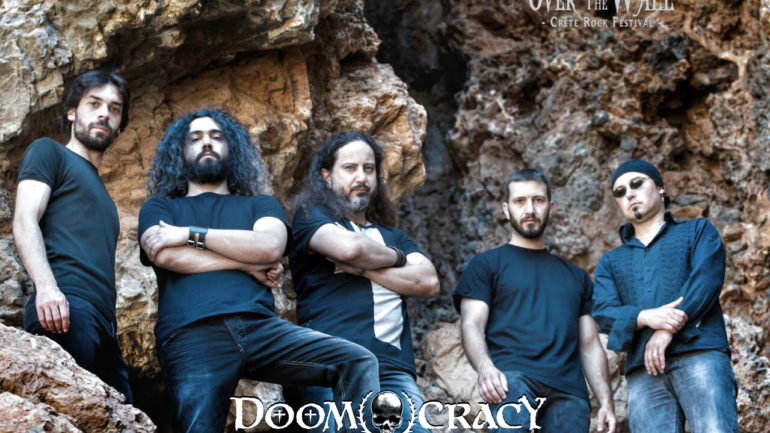 The compositions are well structured and catchy. The guitars with a lot storm-like riffs and a beautiful solo create a mysterious doom atmosphere which you will worship. They operate in a demanding scene with intelligence, among a big number of groups and to me, they reach the top. Vocals are amazing, and initially they reminded me the style of Robert Lowe from Solitude Aeturnus, but giving more attention, I noticed many other elements that give him his own identity. The bass and the drums move in very good musical lines and raise the whole sonic result. The keys are simple, but full of atmosphere. The album was mixed at Morrisound Studios, Florida, United States. Specifically, Jim Morris in mixing and mastering gave the clear and heavy sound they wanted and regulated frequencies to levels that the voice stand out.

“Visions & Creatures Of Imagination” shows that is a landmark for the Greek and foreign scene. Of course anyone who loves the genre should listen to it. Here is the doom in all its glory, offered with contrasts and detailed progression that you’ll love. (8,5)